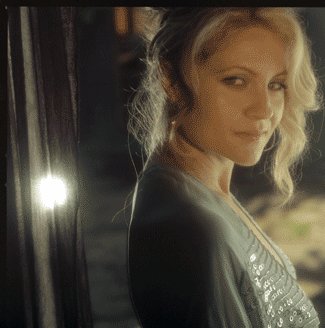 What’s the diffrence between this album and the last?
I worked with different producers on this album, John Gold and Sam Music. I wanted to create a lusher, richer sound than my last album, which has a more spare production.

Why did you cover Key Largo?
There is a beautiful version of Key Largo performed by Sarah Vaughn that has always been a favorite song of mine. Her version has very simple instrumentation, just her vocal with a jazz quartet. I wanted to do a version of the song, but without copying what she had aleady done. I think that when you do a cover of a song, it’s important to add your own flavor to it. The lyrics are about waiting for a lost love by the sea, so I thought it would be interesting to create an orchestral sound from samples that swells and flows like the ocean.

What’s your audience like?
I get emails from people of all ages from all over the world. If I had to guess, I’d say that my older listeners might be jazz fans that are drawn to the vocals of my music, while my younger listeners might be fans of downtempo. I’d like to think that they are thoughtful music lovers with good taste!

What would you call your music?
I describe it as a combination of jazz, downtempo and soul.

Will you tour Europe at some point?
I would really love to. Actually, I just had a baby three months ago, and am busy being a mom at the moment. Maybe later next year!