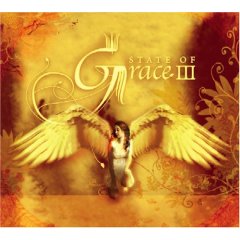 Judging by the name, I expected this to be Christian music (which is one of my least favorite genres). But I listened anyway, and if it is, it’s the least offensive I’ve ever heard. This is an advance copy of a CD that will be out later so I do not have all the liner notes and info that would normally accompany a CD.

It appears to be one of those situations where a composer or producer (in this case, Paul Schwartz) puts together pieces and then has female vocalists sing the songs.

While this is really very pretty, there are others that do this sort of thing better, to my ears. Sleeptheif is one that I just reviewed. Deliruim is another. While those other projects are more edgy and ambient, this is more mainstream. So not as much for me, personally, but still very nice.

Also I don’t always care for the voices showcased, in fact there’s one song in which it is bordering on unbearable. But I won’t point it out so as not to embarrass the singer too much. Maybe she’s not bad, just rubs me the wrong way. And perhaps it just on that particular song. Not sure.

At any rate, it’s pretty. If you were looking for good chill music or something to listen to while dining, this would fit the bill.