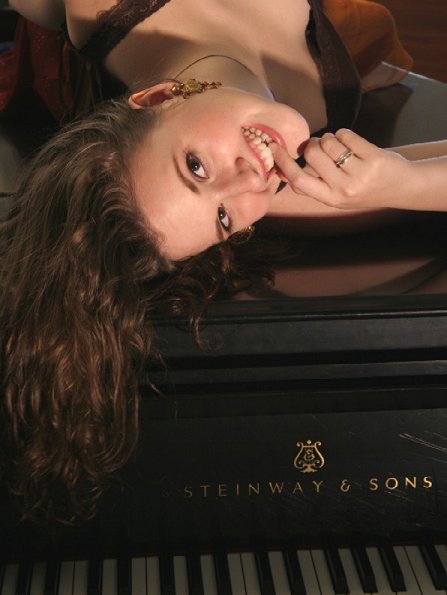 When Halie Loren was 4 years old, her parents heard her singing along to her sister’s walkman from the other room and looked at each other in total amazement. Was that incredible voice coming out of their ‘little’ girl? It was, and it still is. Today this 22 year-old alternative singer/songwriter is already carving out a unique musical niche with her jazz-infused breed of intelligent piano-rock. Her richly textured, emotive voice and compelling song interpretations make it easy to see how she was nominated and won the Female Rising Star and Alternative Entertainer categories in the Independent Music Awards before even turning 16. Halie writes with passion and delivers with a keyboard-driven focus carried along by her dynamic vocals. She has garnered multiple songwriting awards in almost every music genre from well-respected sources including the Billboard International and John Lennon Songwriting contests, and took an Independent Songwriter of the Year award before she had graduated from high school.

Growing up on an island in Southeast Alaska, much of Halie’s diverse music exposure came early-on from listening to everything public radio had to offer and her parent’s eclectic music selections. Says Loren, “I loved Jazz the most out of any genre when I was younger and I doubt that would have been the case had I been raised in a less isolated area. My favorites as a kid were Nat King Cole, Ella Fitzgerald, Etta James, and Diana Krall-and they still are some of my favorites today.” From her first on-stage jazz performance at the Sitka Fine Arts Camp at age 10, Halie knew music was to play a big role in her life. After moving to the ‘lower 48’, she was quickly ‘discovered’ by Northwest music communities and touted as a rare vocal talent, and music opportunities immediately began coming her way. Within months of making the move, she was being invited to be a main performer in a sold-out John Denver Tribute Concert Series that got a lot of exposure around the Northwest-it was an exceptional learning experience for a 13-year-old. By age 14, her musical influences had expanded to a wide array of eclectic artists, but she found herself especially drawn to singer/songwriters such as Sarah McLachlan and Paula Cole and she began to write her own music, with three of the first original songs she wrote riding in a car on a family road trip receiving 1st place awards in folk, country and jazz categories-the judges in the competition were doubly impressed once they learned their top winner wasn’t even old enough to drive yet. 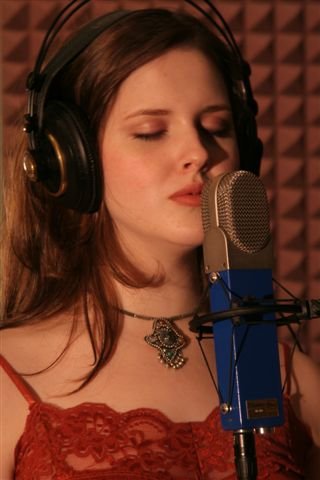 Graduating early from high school at 17, Halie moved to Nashville to further pursue songwriting and industry experience. She spent the next 1-1/2 years in that music-saturated town writing, recording, performing, and exploring Nashville’s extensive musical offerings. She found herself writing and forming long-lasting friendships with the wonderful writers and musicians who call Nashville home while cultivating many new life-experiences as she figured out life in the “big city”, away from everyone and everything familiar. Although she made the decision to expand her musical horizons beyond the country music realm, those experiences and kind, caring people influenced her immensely as a blossoming songwriter and were key factors in some of the artistic paths she was to choose in the years ahead.

On returning to the Northwest to attend College, Halie completely stayed away from music for about six months before she sought the writing muse again. That’s when she “re-discovered” playing the piano, the instrument that has become such an inexorable part of her writing and performing throughout the past couple of years. She had abandoned piano lessons at an early age after becoming frustrated by sight-reading skills that could not match her natural aptitude toward ear-training. After an off-and-on love/hate relationship with the guitar over the next year, she decided to stick with being satisfied with keeping her voice as her only true instrument. However, after shifting away from Nashville and the country-oriented music scene, the need to truly explore her musical potential led her yet again to her long-forgotten friend, the piano-“it all seemed to fall into place very quickly once I sat down at the piano and deliberately attempted to compose a song with that instrument… I felt like I was finally tapping into a voice inside my creative self that was saying to me ‘wow, it sure took you long enough!'” says Loren. The layers of her music took on a whole new flavoring and depth once the piano became the core foundation she built her material around. As one fan so aptly described it after attending one of her house concerts…” Halie Loren’s music gets in your head, plunges you into darkly-effervescent musical waters and pulls you on a journey through the emotional gauntlet with her-sorta like a molasses-dipped combination of Tori/Sarah/Joni”.

Halie’s live performances highlight her intense emotional outpouring and commanding stage presence. She has headlined full bands in front of thousands, spiced up jazz trios in intimate club settings, and brought down the house at musical festivals. She also plays solo, with her trusty keyboard as her only companion, including showcases in New York City (International Songwriters’ Guild), Nashville (famed Bluebird Café) and in Seattle (Rockrgrl International Conference). She’s collaborated with many well-known and respected writers and numerous other music industry veterans, all while going through her teenage years and preparing for college. Though often compared to other modern female artists, she has been able to hold on to her own unique musical voice.

In her senior year of college, Halie continues performing throughout the Northwest. For the past 8 months, she has been working on her newest (and first) solo CD effort, “Full Circle.” Loren initially planned to take the DIY route literally and do it all herself, but she soon found herself overwhelmed time wise as well as with some of the technical aspects. She invited her friend/fellow musician James House in as a co-producer/engineer and all-around make-it-sound-right person. House’s attention to detail on the CD brought clarity to the tracks that keep them fresh and alive throughout the CD. Released July 7, 2006, the album’s collection of eleven of her most recent songs and a Joni Mitchell cover is a snapshot in time of Halie’s musical journey. The material showcases her as a compelling vocalist as well as a talented pianist in her own right. Reviewers are giving the CD high marks, with no small portion of their praise aimed toward the writing skills of this young artist. It is a work that is incontestably “Halie”, with her having not only created the music, but also having playing a major role in the production, recording, and engineering as well as designing the CD cover.

Artists are cautioned to avoid taking a broad approach in their music in today’s genre-centric radio format, and instead are told to choose a narrowly-focused path and aim down the middle to help insure their music gets radio play. That’s too bad because once you hear Halie Loren, you readily agree that she really can ‘do it all’ and do it so well you want to hear her do it again. Loren doesn’t see herself taking the narrow path because she knows this is just the beginning of her musical journey and she’s ready to explore and find out what’s up ahead.